There is a stigma around Alzheimer's and other forms of dementia. Unfortunately this not only leads to negative effects on someone diagnosed with it, but also to those around them, and the actual level of help, support and social connection they all receive.

I was reading an article addressing people living with a chronic illness or disability, stating they shouldn’t feel like a burden. I originally discovered this post because I liked the quote it had at the beginning..

You are not a burden.
You HAVE a burden,
which by definition,
is too heavy to carry on your own.

The piece had a nice positive outlook pointing out all the wonderful things an individual is and how their friends and family support network can help them. See a link to the original post at the end.

‘Nice article, but it does not apply to me. I have one person who supports me - my husband. And even he gets tired... no one else in line - they’ve all turned the other way. I am different to them now.’

I know this is a comment many can relate to. We don’t know the condition the lady who wrote this is having to contend with. But sadly this is not an unusual comment to see under an article like this. But I still think the post was a lovely thought that others may well have appreciated.

The Burden of Dementia

With a condition such as dementia, obviously the individual with the disease shoulders the burden, but also the carers and family. Needless to say, we hope there are as many people as possible to help, including those who support the supporters.

But we also know in many cases people who could support, drift away.

We have a Bias

We really do go easier on ourselves, and others, with particular parts of the body. Our brain gets the short end of the stick.

No one would criticise someone for sitting around if they obviously have a broken leg. But very often someone with a brain injury or disease, even at an unconscious level expects more from themselves and others. There is a definite bias. 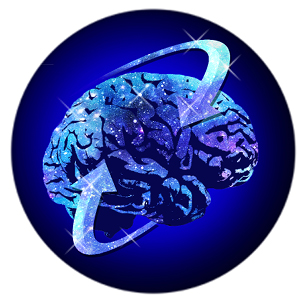 So I wondered if it would help to think of the “Dementia symptoms’ as a separate entity from the person. If the dementia was seen as an outside force from the beginning, would it help people, including the diagnosed person themselves, to get into the habit of directing their frustrations away from themselves?

Would putting the responsibility onto something outside of the person help deal with the frustrations of a person's symptoms?

It would be the annoying ‘Big D’ that is making a person forget what they were about to say, not ‘my hopeless memory’. And it's the ‘Big D’ that gets up and wanders around the house at night. Rather than feeling irritated at the individual, and in turn guilty about those feelings, a Carer can be rightly annoyed at the ‘Big D’ who is interrupting both of their good night's sleep.

It is not an easy thing to do, because as I said earlier, we live in our brain...

I have heard people applying this separation to the disease with conditions such as Cancer (the big C). Cancer is a terrible thing, but maybe people can separate the disease from the person more easily as it is seen much more obviously as an outside invader.

The words dementia and Alzheimer’s are not words people want applied to themselves, not only because they don't want the condition, but because of the stigma.

Somehow, like all mental illness, dementia has an even greater stigma to overcome.

The word burden is used in an unhelpful way too, it should never be applied to a person. Generally an individual may apply it to themselves - "I don't want to be a burden on anyone". This is an unfortunate association with the word.

Is it a matter of changing the words we use and how we use them?

Living with the Enemy

Could it be possible that thinking of Dementia symptoms as an outside entity could help people who may otherwise drift away from a supporting role, stay?

Words are powerful. Can changing the way we address a disease affect how we view it?

Would it help individuals recognise that a person diagnosed with dementia is still the same, but living with an invisible, and newly named, enemy beside them?

Visit the Blog Post: You Are Not a Burden: A Letter to People With A Chronic Illness or Disability

Your cart is empty.